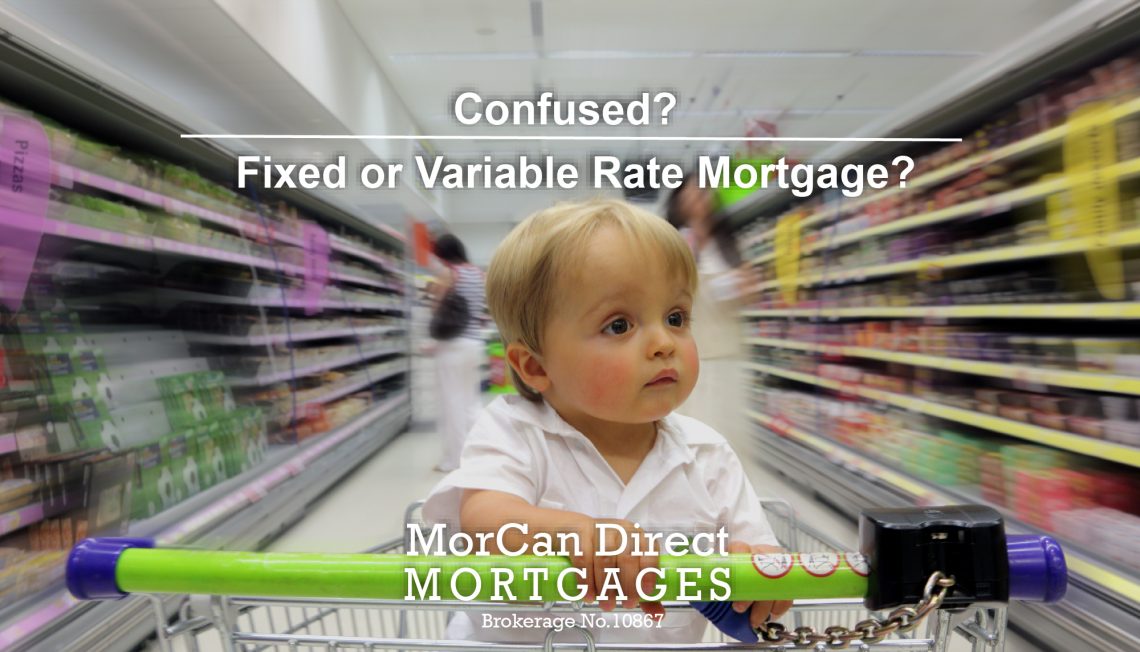 The Bank of Canada Wants You to Take a Fixed Rate Mortgage. Should You?

Newton’s third law states that for every action there is an equal and opposite reaction. Newton can probably help us figure out how many more interest rates hikes we have in store for us. His law may also be useful in countering the claim the interest rates will continue to increase in the next two years without pause.

First off, let’s take stock of where we are right now. The Bank of Canada has set their benchmark rate to 1%. This means that the Prime Rate is now 3.2%. Since variable rate mortgages are priced off of Prime many Canadians will soon be feeling the pinch of higher mortgage rates.

So. What should you do? Is it time to take a fixed rate, or should you stay variable?

Staying Variable has never been for the faint of heart and lately you seem to need a cardiologist on speed dial to opt out of taking a fixed rate. In addition to a changing monetary policy the mortgage rate environment is also rather complex right now. Whether you are in the fixed or variable rate mortgage camp, all rates are now affected by new factors like; whether a borrower is buying or selling, how much equity they have, and the dollar amount of their loan.

Before we go any further, I can tell you that MorCan Direct is still offering a 5 year fixed rate of 2.85%. According to market consensus, Canadians could be in store for 2 more rate hikes between now and May 2018 and considering that our Variable Rate Mortgages run at about Prime – 0.80%, if we can qualify you for the 5 year fixed rate, now might not be bad time to lock in.

In today’s newsletter we will look at why you may want to take a fixed rate versus a variable rate and what Newton’s third law means to each decision. Then we will discuss why this sudden interest rate hike happened and what it might mean. Sound like fun?

With all of that information, why would anyone tell you to go variable? There is still another side to this argument. 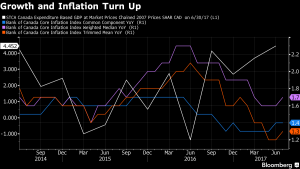 Why Did This Move Catch Everyone Off Guard?

One economist from BMO went so far as to call out the Bank of Canada for their lack of communication with the Canadians. To be sure, many economists felt that a little more communication would have been nice. The Bank of Canada feeling the pressure even responded to all the criticism in a statement, defending its actions. It wasn’t too long ago that all central banks behaved in this manner. No guidance was given, banks simply announced a decision when they saw fit based on the numbers, no press releases, no press conferences mandated before and after an announcement, no hand holding of the economists and the press.

There are three reasons why this announcement could have caught everyone off guard:

If you are still not sure what your best move is, give us a call today for sound, unbiased mortgage advice. One of our non-commissioned sales reps would be more than happy to look at your individual situation and give you advice on how to move forward. Alternatively, if you have a friend or family member thinking about the same decision, please forward them this article and let them know that they can call us as well.