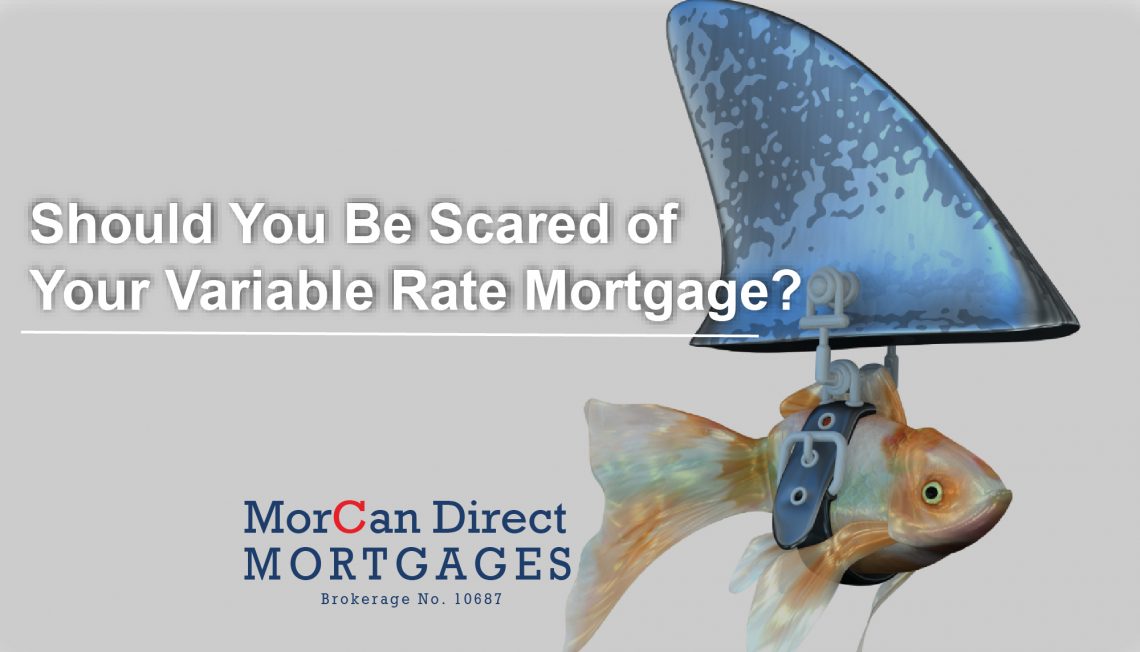 Should You Be Scared of Your Variable Rate Mortgage?

The market now believes that the likelihood of a rate hike on July 12th is 22%, down from 35% before the inflation numbers were released last week. In these newsletters we try to predict what the Bank of Canada (BoC) will do and how it will affect your mortgage. Over the past 14 years we have been incredibly successful at guiding Canadians with our sound, unbiased advice. We base our advice on the economic indicators we feel are most relevant to the Bank of Canada’s upcoming actions and on what the Bank of Canada tells us in their press releases and meetings.

Low rates have been fuelling growth in Canada and around the world for almost 10 years now. Caution is warranted and more countries are now leaning towards increasing rates. Each country has its own domestic economic factors that it must take into consideration before making a decision.

Reasons for a Rate Hike:

First of all, let’s not delude ourselves, Central Banks around the world are in constant communication. Each Central Bank is responsible for guiding the economic growth in their respective country, but it is also incumbent upon them to monitor the impacts of their policies on the world’s economy. With both the Bank of England and the US Federal Reserve now tightening their economic policies or bias towards hiking rates we can be sure that there is some pressure on our Central bank to increase rates in Canada. Global policymakers are starting to worry that almost 10 years of cheap money has created some pretty serious financial instability globally.

What the Bank of Canada might want to be careful of here, is that our Consumer Price Index (the main measuring stick for Inflation) lags behind all of the Countries who are moving towards higher interest rates.  The UK is at 2.9%, The US is at 1.9% and even the EU is boasting a steeper increase in CPI than Canada. In addition to our inflation lagging our peers, it is also important to note that Canada’s economy is more reliant than ever on its own domestic real estate bubble. Yes…. It is a bubble, but it’s our bubble and we can’t let anyone else tell us how to pop it, we need to deflate it slowly while simultaneously nurturing our economy so it can catch.

Another good argument for increasing rates might come in the form of our Service Sector inflation, which by some estimates is running at closer to 2% to 2.5%. This means that services produced within our borders are growing at a rate that is above the Bank of Canada target (the BoC looks to keep Canada growing at 2%). Many argue that this is a leading indicator for inflation as a whole. I think this is a bit of a stretch, mainly because we can probably assume a great deal of this is related to the real estate industry in Canada not to mention the lower Canadian dollar.

Finally, maybe the BoC sees something on the horizon that we don’t? It sure seems like they want to increase rates. Senior Deputy Governor Carolyn Wilkins believes Canadian economic policy makers must be increasingly proactive. She believes it is important to raise rates so that any increase will be gradual once the economy reaches full capacity. She likens the approach to “letting up on the gas” before breaking for a stop light.  Let’s just hope the stoplight isn’t at the top of a steep hill.

Central Bankers have many tools at their disposal. One of these tools is talking about doing something instead of actually doing it. When the BoC starts talking about increasing rates people start changing the way they make decisions. People will value assets differently in the face of rising rates, which is exactly the type of behaviour the BoC is hoping to incite in the Canadian housing market. Of course, actually increasing rates, would have a far greater impact on our economy at a time where our GDP is incredibly reliant on the real estate industry and its satellite industries. This goes back to the fact that being a Central banker is equal parts art and science.  No one really knows what the difference is between talking about a rate hike while making other hawkish fiscal and monetary policy changes, and actually increasing rates by 0.25% and making more dovish changes to other fiscal and monetary policies.

Like this article? Click here to receive our newsletter every time!
Another reason we might not see a rate hike: The full impact of the massive upheaval in the Canadian Alternative lending space is not close to being over. Just because Warren Buffet made an investment in Home Capital Group this doesn’t mean that all Canadians will be okay with leaving their GIC’s invested in trust companies and banks with exposure to the alternative lending space in Canada. To illustrate this we just need to look at the reaction to Home Capitals troubles by lenders like Equitable Bank, Canadian Western Bank and even the lending policies of the Big Canadian Banks. Money is more expensive and harder to get now, and this isn’t just for people who can’t qualify for their mortgages based on income, this is for everyone!

In addition to the Home Capital effect, the full impact in the November 30th, 2016 portfolio insurance guidelines and the 15% foreign home buyer tax have not been felt yet. The cumulative effect of these changes has definitely increased borrowing costs for Canadians and reduced the amount of capital available for borrowing as Canadian Lenders tweak their policies.

So, what should you do with your mortgage?

In all likelihood the Bank of Canada has dressed up another non-event in July as a shark because it realises many Canadians are swimming out of their depth. But don’t get spooked out of swimming with a variable rate just yet. If you would like to go through the options available to you on your mortgage or you know someone who could use the sound, unbiased mortgage advice offered by one of our salaried mortgage agents, give us a shout. Regardless of what the BoC does with the overnight rate, one thing is certain; borrowing money in Canada is getting more difficult with each passing day.