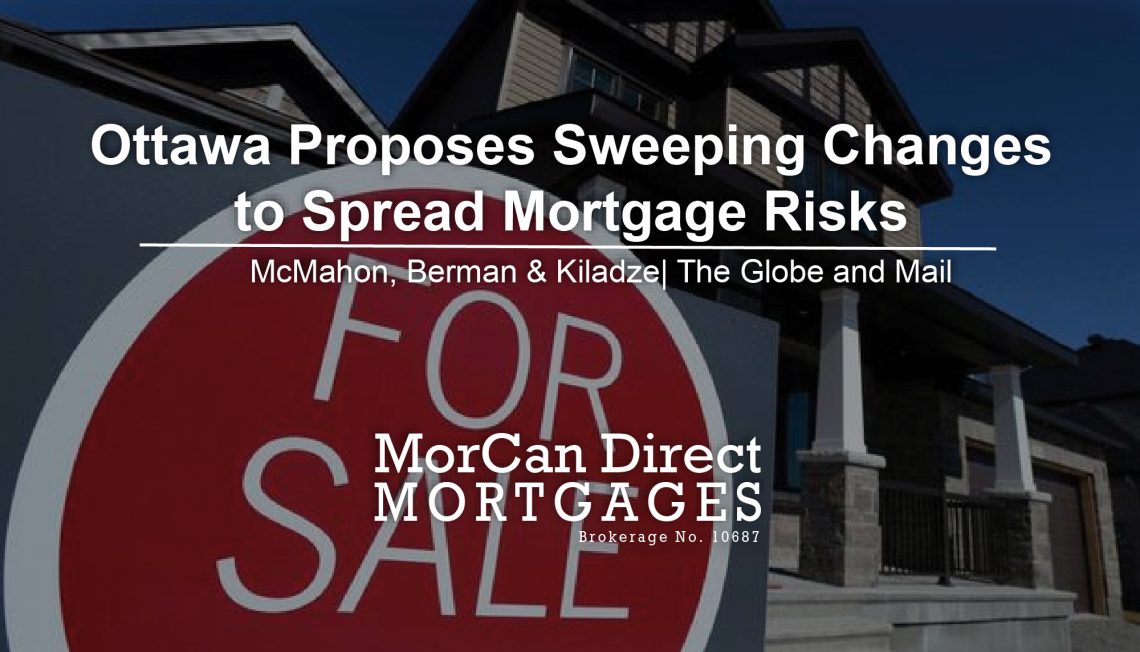 On Friday, October 21st, 2016 The Globe and Mail posted an article on the Liberals’ new plan for a deductible for mortgage insurance premiums.

Tamsin McMahon, David Berman, and Tim Kiladze, The Globe and Mail – Ottawa has unveiled plans to introduce a deductible into Canada’s taxpayer-back mortgage insurance system, a move that could force the country’s financial institutions to shoulder more of the risks of the hot housing market.

The proposal to require risk sharing for mortgage lenders, outlined in a 22-page public consultation paper put out by the Department of Finance on Friday, represents the first step in what could be the most significant retrenchment of the country’s mortgage insurance program since the system was set up in 1954.

It comes as the federal government has been under mounting pressure, both domestically and internationally, to tackle rising household debt levels in Canada as well as soaring home prices in Toronto and Vancouver.

“Experiences in other countries have shown that high household indebtedness can exacerbate an adverse economic event, leading to negative impacts on borrowers, lenders, and the economy,” federal officials wrote in their consultation paper. “A high level of public sector involvement, for example through government guarantees of mortgage loans, may dampen market signals and lead to excessive risk taking.”

Under Canada’s current mortgage insurance system, taxpayers shoulder virtually all of the costs of mortgages that default, paying lenders for lost principal and interest, as well as for the costs of foreclosing on a property, such as legal fees and property maintenance.

According to government figures, 56 per cent of the roughly $1.4-trillion in outstanding mortgage debt in Canada is insured, although that share has been declining in recent years owing to several rounds of rule tightening by Ottawa since the 2008 financial crisis.

CMHC controls little more than half the market, with $523-billion in total outstanding insured mortgages as of the second quarter.

The government’s consultation paper lays out two scenarios for risk sharing that would see lenders absorb between 5 and 10 per cent of the total outstanding value of a defaulted mortgage. Ottawa is also proposing to implement the deductible in the form of a fee for lenders. Mortgage insurers would continue to pay out 100 per cent of mortgage default claims, but then charge lenders a fee based on the total value of mortgages on their books that default in a given quarter. That structure would protect CMHC’s $426-billion mortgage-backed securities programs.

Ottawa has been quietly studying the idea of risk sharing since CMHC chief executive officer Evan Siddall first raised it shortly after taking the helm of the Crown corporation in 2014. But the release of the consultation paper marks the start of formal negotiations with industry that will run until Feb. 28.

Financial institutions declined to comment on the government’s proposal on Friday. In a statement, the Canadian Bankers Association said that it is “looking forward to engaging constructively with the government during the consultation process.”

However, when Ottawa introduced the idea of lender risk sharing earlier this month, the CBA warned of “negative side effects,” setting up what could be a heated exchange between Ottawa and lenders, who say that they already share risks associated with the housing market.

Half of the portfolios of the bigger banks consist of uninsured mortgages. Those that are insured, the banks point out, come with significant costs related to underwriting and management. Since mortgage defaults will likely hit other products, such as auto loans and credit cards, which aren’t insured, banks say they already have a strong incentive to lend appropriately.

Privately, however, the majority of Canada’s biggest banks have started to embrace the idea of some form of risk sharing, admitting they’ve felt more pressure to scrutinize their portfolios and to play ball with a new Liberal government that is more prone to intervention than its Conservative predecessor.

In a paper put out in December, the Credit Union Central of Canada warned that a deductible on mortgage insurance could be a major blow to its industry, which controls roughly 15 per cent of the mortgage market.

“If a deductible is significant, the likely impact will be increases in mortgage credit costs for consumers and a reduction in mortgage credit availability for some aspiring home buyers,” the trade association wrote. “The impact of these changes will be most significant for lower-income Canadians, Canadians living in rural/remote regions, or in areas with a fragile economic base.”

Ottawa estimates the measures would add 20 to 30 basis points to lenders’ mortgage costs, although mortgage insurance premiums would likely fall, meaning consumers are unlikely to face sharply higher costs for insured mortgages. (A basis point is 1/100th of a percentage point.)

Any risk-sharing plan would apply only to new mortgages and would be rolled out gradually, needing as long as 20 years to fully take effect, the government said.

How the rules have changed

Canada’s housing rules have been revamped six times since 2008.

2. April, 2010: The government clarifies debt-servicing standards, limits refinancing to a maximum of 90 per cent of the property value and imposes a minimum 20-per-cent down payment on investment properties that are not occupied by the owner.

3. March-April, 2011: The government reduces the maximum amortization period to 30 years, limits refinancing to a maximum of 85 per cent of the property value and withdraws government guarantees on low loan-to-value non-amortizing secured lines of credit.

6. October-November, 2016: New stress tests ensure that the debt-servicing standards for all insured mortgages must meet either the mortgage contract rate or the Bank of Canada conventional five-year posted mortgage rate (whichever is higher). As well, eligibility criteria for high- and low-ratio insured mortgages will be standardized.