When it comes to your mortgage there are several payment frequencies you can choose from. The payment frequency refers to how often you will make mortgage payments. Not all payments offer savings on interest or will help you pay down your mortgage faster. Here is a simple breakdown of each payment type to help you choose the option that most suits your situation.

END_OF_DOCUMENT_TOKEN_TO_BE_REPLACED

Hamlet once asked, “To be or not to be?” That is no longer today’s question. Nowadays, we are plagued by a different query. It is better to go with a fixed rate or a variable rate mortgage? We need to know how beneficial it would be to lock into a longer-term fixed mortgage rate or stay in a variable rate. Short term rates are at a tremendous low and the pressure is on for rates to build in the coming years. So, what’ll it be? Fixed or variable; which is the better option?

Generally borrowers save money by staying in variable products and weathering the storm of fluctuating rates. Since 1975, approximately 80% of the time, the cost effective route for borrowers was to stay variable. The spread between 5 year fixed mortgage rates and variable rates has been widening further in recent years. It is now close to an all time high.

There are four important points to consider before we jump to any conclusions in thinking the variable rate is the way to go.

END_OF_DOCUMENT_TOKEN_TO_BE_REPLACED 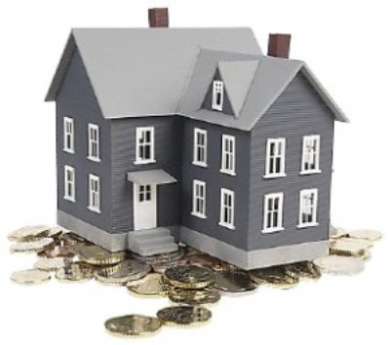 Common Costs of Owning a Home

The great thing about purchasing your very first home is that you can stand in the middle of your backyard or on your balcony and scream at the top of your lungs, “I’m a home owner!” Well don’t yell that loud, your neighbours might call the cops instead of ringing your doorbell with a freshly baked welcome-to-the-neighbourhood pie. At Morcan Direct we want you to move into your first home and get right to the expressing-your-joy-about-being-a-home-owner-and-getting-a-slice-of-that-delicious-pie phase without a headache. In order for you to have that smooth transition here’s a list of common costs faced by new home owners. END_OF_DOCUMENT_TOKEN_TO_BE_REPLACED

Buying a home can be one of the most financially stressful decisions we are faced with in our life times. Many first time home buyers feel like ripping out their hair while trying to come up with their down payment. You may have heard about the Cash-Back mortgage and think it sounds like a dream. Who wouldn’t want to buy a house with some down payment and get that money back on closing? We’ve been in this business a long time and we’re here to give it to you straight: cash-back mortgages may sound appealing but in the end they’re not always the best option. END_OF_DOCUMENT_TOKEN_TO_BE_REPLACED

Congratulations, you’ve found your dream home! There is a problem though, the owner of your dream home has to close the deal within a month, and you can’t sell your current property that quickly. Enter bridge financing, your best way to seal the deal. This type of financing is a hefty short-term loan that serves as a link between the period when you own, and are paying for two homes. END_OF_DOCUMENT_TOKEN_TO_BE_REPLACED

No two homes are alike. For this reason you will need to have your new home appraised before the lender approves your mortgage loan. So, what exactly is an appraisal? An appraisal is a judgment of worth by a professional. The appraiser will visit your home and inspect the size, condition, quality and function. The appraiser will then produce a detailed report using comparisons to the sale prices of similar homes in the area, determining the value of your home. END_OF_DOCUMENT_TOKEN_TO_BE_REPLACED

You may have heard the word “amortization” thrown around in the financial world. The definition of amortization is the act of paying off debt in regular installments over a period of time. It applies directly to your mortgage! Why you ask? Simple, because the amortization of a mortgage refers to the total number of years required to pay back the entire borrowed amount.

Until recently, in Canada, the longest amortization period on a mortgage was 25 years. Now, some lenders offer an amortization of up to 40 years. Some people prefer a longer amortization period to ensure smaller mortgage payments. However, it can be to your advantage to choose the shortest amortization that you can afford because in the long run, you will save thousands of dollars in interest. END_OF_DOCUMENT_TOKEN_TO_BE_REPLACED

The HRTC (Home Renovation Tax Credit) is a non-refundable tax credit for improvements to your eligible dwelling. How do you know if your dwelling is eligible? Well, the Government of Canada considers an eligible dwelling to be an individual’s principal residence (or a family’s residence) at any time between January 27th, 2009 and February 1st, 2010. This means that any dwelling you own, occupy and use personally can qualify, even your cottage! END_OF_DOCUMENT_TOKEN_TO_BE_REPLACED

Everyone knows the old saying about making assumptions. “When you assume you make an…”you get it. There is one instance where assumptions are the right thing to do – when it comes to your mortgage. The purchase of a new home can be quite costly and usually entails some form of financing to make the purchase a possibility. More often than not a potential buyer takes out a mortgage for the purchase. Our experienced brokers will help you with this alternative to the traditional mortgage: an assumable mortgage.