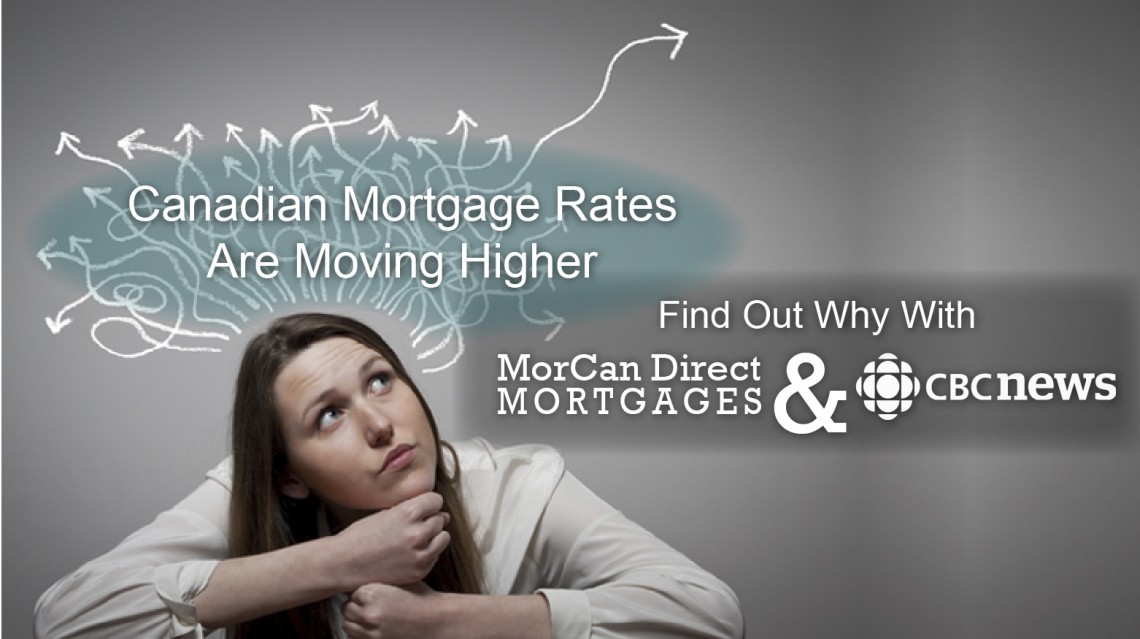 The reason for today’s newsletter is twofold. First, it is to inform you that you should not rush to lock in a variable or fixed rate in today’s market. Secondly, it is to provide some explanation as to why we have seen both variable and fixed rates increase.

It is important to understand that fixed rates and variable rates move for different reasons. Although Bond yields and Bankers’ Acceptances Rates are up over the summer and fall, this doesn’t fully explain why we’ve seen such an increase in variable and fixed rate mortgages.

Fixed rates increase when lenders need to offer a greater return to their investors. You will notice that we commonly refer to the Government of Canada’s 5 year bond yields in our newsletters. You can have a look at the chart for those bonds here. The reason fixed rate mortgages are coupled to these bonds is that they are the closest investment products to one another, sharing very similar risk and yield profiles. So if bond yields go up, but mortgage yields don’t follow suit, investors would funnel all of their capital into the bond market leaving nothing left for mortgage lending. Now bond yields have increased slightly as the market strongly expects the US Federal Reserve to increase its benchmark interest rate in December. Anticipating this rate hike, 5 year US Government Bond yields have increased 0.41% from October 14th, 2015 to today (have a look here.) In turn, because the Canadian economy is tied so tightly to the U.S., our government bond yields have ticked up as well, dragging fixed rate mortgages with them.

Increasing yields means investors are turning away from risk free investments and into riskier investments, which causes bond prices to decrease in order to offer greater yield to attract investors. Even if the US Federal Reserve increases rates south of the border it is unlikely that Canadian Bond yields and therefore mortgage will rates will see any sustained increase. The Canadian and US economies are diverging and fixed rate mortgages will likely drop back down in time for the spring housing market.

Variable rate mortgages are affected by the price of shorter term money. For an indication of the price of short term money we turn to Canada’s 30-day Bankers’ Acceptances Rate (BA’s). When the Bank of Canada decreases the overnight rate BA’s will drop; conversely when the Bank of Canada increases the overnight rate BA’s will increase. BA’s are also affected by market risk. When investors are concerned with credit risk BA’s will increase as investors require a greater return to leave their money in the hands of the Bank. For example in the crash of 2008 we saw BA’s increase dramatically, and as a result variable rate mortgages went from being priced at 1% below prime to 1% above prime. You may recall at that time we recommended our clients move into a 1 year fixed rate mortgage to weather the storm (here is a link to the report).  Sure enough the variable rates soon normalized and our clients saved considerably by switching back to lower variable

Marcus Tzaferis was recently interviewed by the CBC and gave his explanation for the recent increase here.

Here’s a deeper look into the not-so-pretty details of what’s going on right now:

Canadian mortgage holders and mortgage shoppers should keep their faith through this small up-cycle. What we’re seeing is a temporary increase in interest rates that is no cause for alarm because it is almost purely a product of the annual, internal machinations of the lending business, rather than the broader economic fundamentals of the Canadian economy which could or would motivate a Bank of Canada rate hike. Even the knock-on effect on our bond yields of the improving US economy has been too mild to signal sustained growth this side of the border. By mid-February we will see rates give back the 0.30% to 0.40% they’ve just gained. In an advanced economy like Canada’s the only real reason for a change in mortgage rates should be macroeconomic; unfortunately that would only occur if our economy was both advanced and not predisposed to protecting its major banks.